Friars Minor invite you to visit the Church of St Francis of Assisi (Bernardine) or take a walk in the Bernardine ensemble which recently opened impressive sacral space for tourists.

In Lithuania the Bernardine history began in the middle of XV century, when Franciscan observants (called Bernardines) came to the Grand Duchy of Lithuania as a missionaries. In 1469 the Grand Duke of Lithuania and King of Poland Casimir Jagiellon donated a plot of land near Vilnele river, where they started to build a church and monastery.

The first wooden church burnt in 1475. Around 1500 the construction of a brick church was started which was not finished when part of church had to be demolished due to constructional errors; only the presbytery and sacristy were saved. The second brick church was built on this substructure which stands to this day. The church is the biggest and the oldest late Gothic structure of the entire Bernardine ensemble.

In XVI century after building the defense wall around Vilnius, buildings of the church and friary were joined into the common defense system. In XVI century after the fires the church was embellished with crystal and starry (later with crosslike) vaults, and the walls were decorated with frescos. After various rebuilding during XVII-XVIII centuries, baroque and renaissance style features have highlighted the church: renaissance pediment, tomb monuments, wooden inside décor ensemble.

Friars were expelled after the 1863 rebellion, the church remained open, but the monastery was nationalized. The ensemble suffered most after its closing in 1949 when it was made into a warehouse during Soviet times. In 1994 the shrine began to be reconstructed when the friars Minor were permitted to return. In 2008 the historical – architectural ensemble of the Bernardine church and friary has been declared a very important cultural heritage monument of Lithuania.
more... 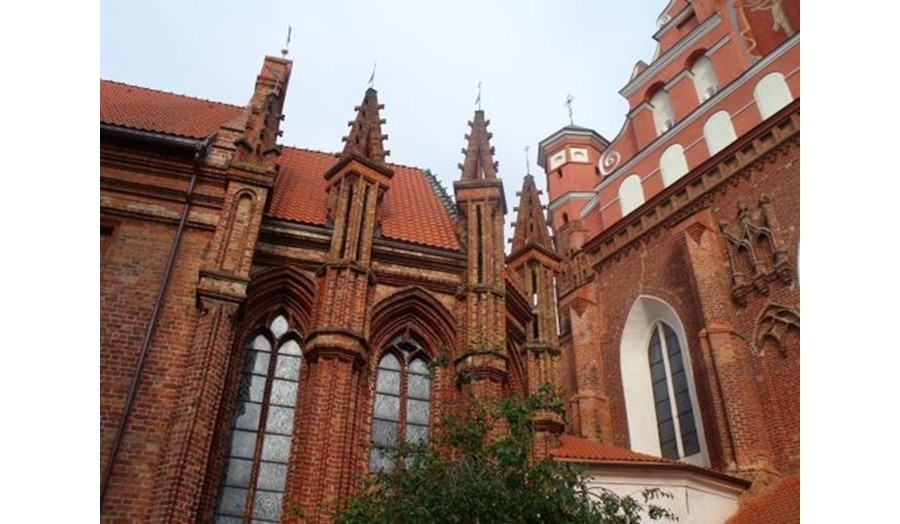 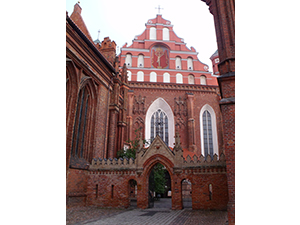 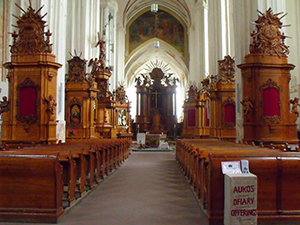 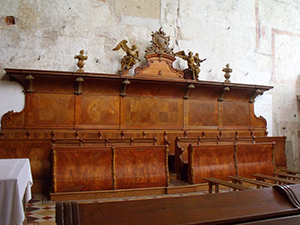 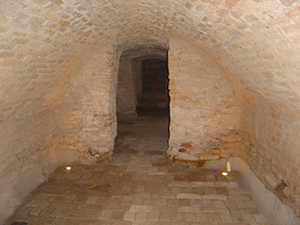 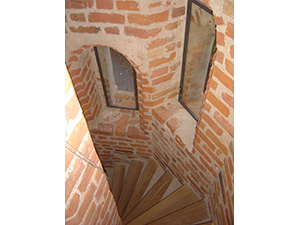 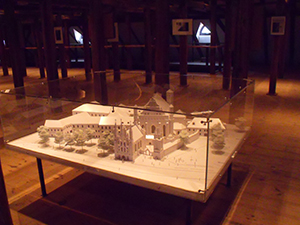 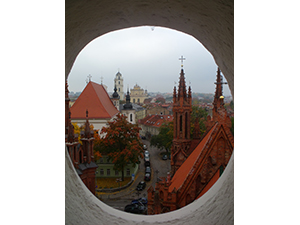 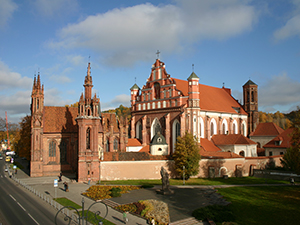 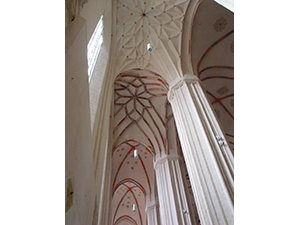 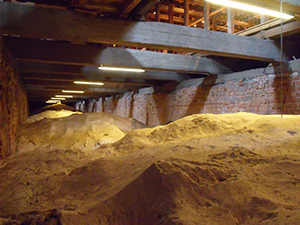